This wiki has been closed because there have been no edits or logs made within the last 60 days. This wiki is now eligible for being adopted. To adopt this wiki please go to Requests for adoption and make a request. If this wiki is not adopted within 6 months it may be deleted. Note: If you are a bureaucrat on this wiki you can go to Special:ManageWiki and uncheck the "closed" box to reopen it.

Morzan Von Kazakov is a prominent veteran of the Graal Military Community, substantially gaining a reputation upon his abundance of contributions to the numerous reincarnations of the cynosure of the community, The State. 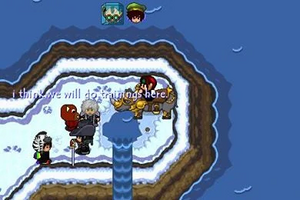 "Break the game, because that's way more fun than actually playing it." 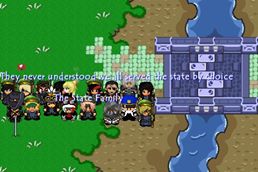 "They never understood... we all served the State by choice." 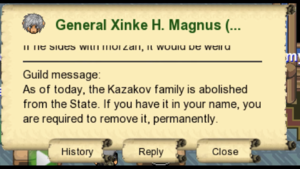 General Xinke Han Magnus giving the announcement.
Morzan Von Kazakov, originally known as "Morzan Laviz", is a close friend and loyalist to Auel. Originally, he joined with the name "Zayn Winsten". He started out as a private in the old State military, led by General Viral. Shortly after, he transferred to the parliament believing it would be a better job in the State. After attending a few meetings and trainings, Morzan met Auel himself, a few days before half of The State's members were banned.

Days after returning to the SAFF era of the State, Morzan was promoted and ascended to Councillor in the Supreme Council of The State. In that time, Morzan obtained skills as a politician, with his natural ability of public speaking and holding meetings. As a result, Morzan quickly got to meet Auel on a more personal scale. When the SAFF Academy was commissioned, Auel made Morzan the headmaster to train the next era of the State. During his time as headmaster, Morzan met two people that would be relevant to the rest of his time at the SAFF Academy, videlicet Cadet Irish and Cadet Winry. Both of them passed the academy test with flying colors. Irish was offered a job as Morzan's assistant, while Winry was transferred to the SAFF teams. Before there could be an official graduation, they all were banned.

Days after the ban had passed, the State's members returned to begin the Renewed State era. Nothing of interest occurred in this period, except for him reaching the rank of Colonel, which few NCOs had reached at the time. Morzan also brought back baby killing. Auel eventually went inactive, leaving the State to fall apart. Months later, Auel came back with the Neo-Nazi era. In the duration of that time, "Fuhrer" Auel showed Morzan his first few hacks on how to upload free uniforms, bomb non-pk zones, and much more. After open rallies and the growing "Anti-Staff Revolution", Morzan's intolerance for insurgency became legendary, earning him the rank of the Head of Anti-Insurgency. In that time Morzan was tasked with all issues regarding rebellions, which at the time were significant. After countless battles, Fuhrer Auel grew tired of The State, and resigned, leaving the State in Morzan's hands. Minutes after being proclaimed the new Fuhrer, his former trainee, Winry, insisted the State was dead and that he wasn't a leader. She was declared Anti-State moments later. Days of leading and trying to introduce new ideas were tiring for Morzan, who shortly later purged the State.

"This is a purge of the disloyal. When I come back, I want only my supporters here, not State supporters who come to oppose me. Those that are loyal only to me." -Morzan Von Kazakov

After one month, Morzan brought back The State. He eventually lost all interest in leading, so he handed the guild over to Sherlock, who in a great act of treason, kicked all members and changed the guild name. Morzan then made one last State to give to Vulnus and disappeared. His last words were: "Leadership is a burden.". Inactive for a long period of time, he wasn't heard from until Auel returned. There it was, a standard State era. Auel came, Auel left. However, in the next era, Morzan discovered enough new hacks to change the game and tip the balance. Minutes after the discovery, he sent the information to Auel as a way to repay all he had shared with him. Days later, he was banned while idling at the start. All appeals were declined. 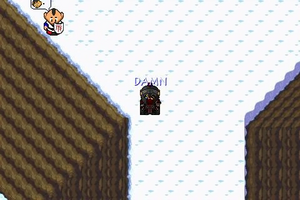 "Have you ever ever been on the cliffs of Onnet forest? We will break the boundaries, then we will break the staff."
Morzan's family, Kazakov, was infamously banned from the State after the trial of Morzan v. The State. After the ban, Morzan encouraged people to continue wearing the name, stating: "Xinke can't take away your freedom."

Retrieved from "https://wiki.graalmilitary.com/w/index.php?title=Morzan_Von_Kazakov&oldid=11674"
Categories:
Cookies help us deliver our services. By using our services, you agree to our use of cookies.