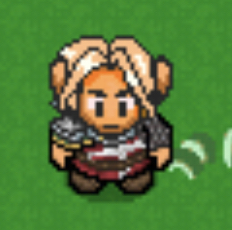 I, like many others, was introduced to the GMC through a State rally in 2014. I don’t remember much from this time, but it was the guild that introduced me to many people who’d soon become close friends of mine. After 2014, I quit playing Graal up until two years later.

I made my return to the game in 2016. This was the time in which I joined Reinhard as a Colonel under Muzak. Reinhard was the guild in which I learned the true ropes of officership - I owe that to Mevarus, a man of whom I befriended and learnt from.

After Reinhard I joined Astoria for a short time. It was in Astoria I met Peter Rhodes. However, not long after I joined, I took yet another break off of the game.

Apparently I was a member of the Duchy of Kusan during this time. I do not fucking remember that at all, but apparently it happened.

When I made my return to Graal in 2019, I saw the new iteration of Aurea had recently entered a prelaunch. Noticing Nylius had a large role in the guilds’ leadership, I joined, being given the rank of Commander before launch. With this, I participated in several conflicts and wars, proving myself to the guilds’ chain of command. Soon enough, I was promoted to Colonel and transferred to a new tag under Macbeth - being granted entry into Aurean High Command. However, I had been playing World of Warcraft regularly with the High Command of Imperia during this time, making good friends with Azrael, Mel, Grey, Zearos and Xinke and with the imminent failure of this new Aurean tag and my recently made friendships, I left Aurea for Imperia.

When I joined Imperia, I joined Elysia, under Azrael. However, due to my Timezone, my experience was limited. For this reason, I messaged Peter Rhodes, an old friend of mine, for a transfer to the tag he lead, Arcadia, which seemed to be more active. It was here I flourished, making my way up through the ranks and into Arcadian High Command by October. It was then Peter told me about his plans to secede from Imperia in December. With that, Peter allowed me to found Arcadia’s first Filipino tag (the Filipino division being a division that became significantly prominent in Arcadia) in order to expand our militaristic prowess in the case we went to war with Imperia after we declared independence. This tag was highly successful, being the most active tag in Imperia all the way up until we seceded and having nurtured an abundance of Asian officers who also ended up entering Arcadia’s High Command in our Sovereignty era.

Through 2020 I continued to serve in Arcadia's High Command - it was in 2020 that Peter inducted me into his line of the Rhodes family, one of the highlights of my GMC career.

I have probably forgotten many names. Remind me if I have.

Retrieved from "https://wiki.graalmilitary.com/w/index.php?title=Soft&oldid=9915"
Categories:
Cookies help us deliver our services. By using our services, you agree to our use of cookies.