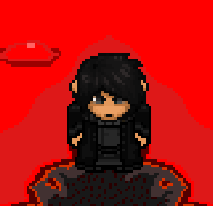 Auel II Faulkner Kusan Delawyn is one of the most well known, and fondly remembered members of The State in all its history. With an exceptional ability to lead and teach, he has become a mentor to many, which include: Vulnus, Sherlock, Coffee, Karthas, Laxus, Azrael, Irish, Muzak, and dozens of others. Known for his leadership abilities, he was able to advance very quickly within The State. 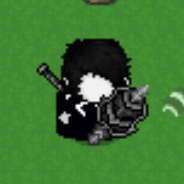 Kusan Delawyn was the head of a religious following known as the Kusanic Missionaries. Kusanists, as they called themselves, were followers of certain ways and traits of Kusan's personality, but remain to themselves to avoid causing trouble.

Kusan originally joined The State as a spy for an unknown guild during the SAFF Era in 2013. He stayed for about a week and a half and left.

He then rejoined during the Modern State Era, where he would work hard in order to move up the ranks. Kusan would attend drills, be active, and study for State exams. With his exceptional notes and terminology that he was required to learn, he would ace all of his exams. There was this one specific exam that everyone else did okay on; Kusan however, exceeded expectations. This caught Auel's eye, and because of this, Auel decided to create the rank of Command Sergeant Major. This rank was made specifically for Kusan, and gave him command over State-wide Sergeants and below. As time went by, Kusan would fly by the ranks, and even skipped a few along his way to Captain. It is important to note that this was one of, if not the strictest eras in the history of The State. Skipping more than one rank was unheard of, and not within the textbooks regarding promotions. Henceforth, Kusan skipping Second Lieutenant and First Lieutenant was big news at the time.

Up until then, there were two State Infantries. As a Captain, Kusan was part of the expansion in which they added Infantry Three and Infantry Four respectively. The State had doubled in size, and Auel was doing his usual plotting for off mapping, etc.

Kusan's main focus at the time was figuring out how he was going to lead his infantry. He believed that being a leader is one thing, but having a crew of 24 to rely on and have your back was another. However, during this time, Kusan was a tyrant, he was cruel and awful towards his infantry. He spent a lot of time on coordination, and a lot more time at his guild house working on formations. One Saturday, he and his infantry spent six hours working on drills, nonstop. His troops worked endlessly, and it was ridiculous. Nonetheless, his infantry performed well and excelled. They even placed first during the few drill formation competitions that The State had. His infantry, and understandably so, grew stressed, tired, and overall dissatisfied with Kusan as a leader.

One day, Kusan woke up to an empty roster. Every single one of his member left the infantry overnight. This was his wake up call. The tyrant he once was had been left with nobody to rule over. He then understood that the cruel do as I say tactics were not going to work. But after all, this was what he was modeled after. State officials, although usually reserved for the purpose of properness, were absolute pricks when it came to barking out orders. Kusan took these rough tactics, hit a home run, took it to the extreme, and it all backfired. This may very well be the first, and only State Infantry where there was an overnight abandonment of one's Captain.

And so, Kusan had to reinvent himself. Auel was courteous, and allowed Kusan to remain a Captain under the condition that he was to rebuild his infantry in less then weeks time. Kusan got to work. With the help of some new recruits, he was able to refill his infantry. From then on out, he worked on being a compassionate figure where he would help guide his infantry, instead of stand on them. Kusan would learn from his mistakes. He was young, and new at leading. Even so, this is when he started becoming the leader that most people know him for. He managed his time wisely so he could spend more time with each of his members individually.

The morale in his infantry grew incredibly. Kusan got to meet a lot of people and train them, some of whom are still big names to this date, notably Vulnus for example.

Over time, The State kept growing, they expanded into a Fifth Infantry. Kusan was eventually promoted to Major, much to his peers dislike. Morzan for example, was not a fan of him. In fact, they never really got along at all. The fact that Kusan became his equal so quickly never sat well with Morzan in those days.

Upper echelon of The State began growing weak. Pierce, who said said to be Auel's "cousin", and General of The State became extremely inactive. There would times where he would not log on for over a week. This was tragic considering how active State was. Once Kusan became one of the only two Colonels in The State at the time (the other being Jin), he began contacting Auel frequently, becoming very assertive with decisions regarding The State. With Pierce's activity growing worse, and The State on the fence with direction on what to do, Kusan approached Auel. With his reasoning, Kusan demanded to become General of The State, and after much convincing, Auel agreed to it.

To aid with this transition of power, and make his leadership abilities less questionable, Kusan also demanded to take on the name of Auel. Up until then, the myth was that the name was passed down from King Auel, so as far as he was concerned, Kusan viewed the name as a representation of authority; hence why he requested the name. As a result, Kusan was the reason that the Line of Auel was created in the first place.

In the effort to expand the avenues of people's creativity in order to form their own militaries and communities, Kusan proceeded to destroy The State. And so, it happened. People divided, and new militaries would rise.

"I killed The State with the intention of expanding the variety and growth of making more military guilds abundant." - Kusan.

Retrieved from "https://wiki.graalmilitary.com/w/index.php?title=Kusan_Delawyn&oldid=9870"
Categories:
Cookies help us deliver our services. By using our services, you agree to our use of cookies.