This article is a stub. You can help the Wiki by expanding it.

Kozak is arguably the greatest warrior known in Graal Military history. He is known for his brutal combat style, as well as his absolute cunning while facing an opponent or multiple enemies at a time. He has trained or influenced the majority of high level individuals in the Graal Military scene, making him an important mentor. Not much of Kozak's history is known, his origins remain shrouded in rumor and doubt. Kozak has watched empires rise and fall. He has watched his pupils transform from noobs to heroes....Or tyrants. Kozak has deeply influenced the Graal Military world, however he does not seek credit for it. Other more eager individuals with egos to feed, like to take credit for him. However, Kozak does not breath a word about it, for he realizes the truly deep impacts are the ones made subconsciously in the minds of the people and not the ones that you can clearly identify. Kozak didn't need medals or titles or even honors for his work. He had nothing to prove.

Kozak had spent a large majority of his time playing Graal in Zanza, the famed family guild, where he eventually became an officer. To his day he still maintains a good relationship with its members. 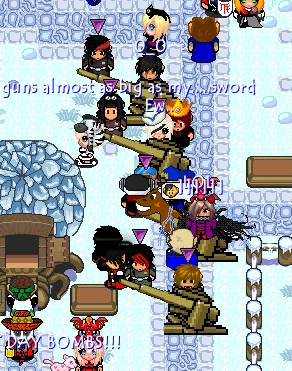 Kozak while a Commander in the State.

"Lol yeah I know him, I trained him."

"You can't fight to your opponent, you just need to relax and fight your game."

"I wouldn't be pissed, just naked."