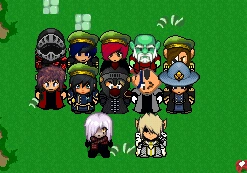 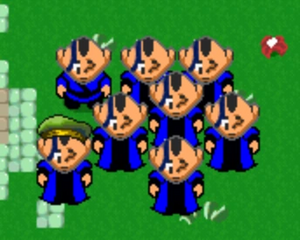 Atlantia was created following the overthrow of Octavian, when the current Empress of Aurelium, Gorgo convinced the Aurelium Cavalry and Aurelium Fleet leaders to leave with her and create a new guild, Atlantia. Following the creation of Atlantia, Octavian's many threats lead to him to becoming banned, leaving Atlantia with no further disruptions from it's former Emperor. Atlantia was mostly democratic, having it's Senators and General, Irish, voted in by the people. Atlantia created the Atlantian Semi-Democratic Charter, one that is said to be the most effective democratic example displayed by a military. Atlantia used the State ranks, however, as some members coming from Aurelium had Aurelium ranks such as Marshal, Admiral, Coordinator, and Operator, there was some confusion. There was many issues with ranks following the creation of Atlantia, such as Ex-Military Officers wanting high ranks. Since the creation of Atlantia, Gorgo had become a well-known leader, but would eventually, in 2015, come to ultimately retire and lose her influence. Atlantia has been considered to be the best and most successful military since the fall of The State. The name "Atlantia" comes from an August 2013 Military created by Quinn.

There was some early controversy over The Atlantian Senate, as the Senators Irish, Azrael, and Grizz were let in without election. Also following the creation of the Senate, Atlantia's Emperor, Raiden, was given his position by Gorgo, and they later came to have their child, Prince Grizz, as the newest member of the Royal Family. The Senate and The Royal Family's adviser would come to be Senlok, an Asano Clan lead. There was daily elections for Senators, until the Senate reached 15 members. The Senators had no control over military forces, however they were the only ones permitted to vote for large decisions such as a declaration of war or creation of a new department. Shortly after Atlantia's creation, Senator Azrael Kusan was given Valerock City, a city founded in the age of Morzan's State, in order to revitalize it so there would be a city aspect of Atlantia.

Before the creation of Atlantia, Gorgo was the Empress of Aurelium, where all her future soldiers were. Gorgo had, prior to the destruction of The State by Sherlock, made a deal with Octavian stating that if Aurelia was re-created, she would be the Empress. However before Gorgo became the Empress, she had retired from Alteria and founded The Inventory, a guild for retired, mature, Graal military veterans, which consisted of Grizz, Stein, Senlok, Arkantos, Lost, LaMont, Jasper, Donald, and several other unknown members. If not for The Inventory, Gorgo wouldn't have been the leader she was during Atlantia. 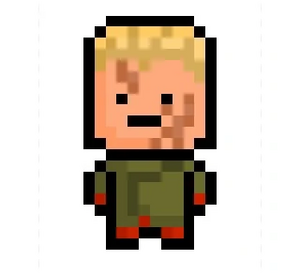 Not long after Irish becoming the General, Vulnus was given the power to make changes to Atlantia. He drastically changed ranks, and he also created the Atlantia wordpress. Vulnus was never given a formal rank, instead being ranked as "Gorgo's." In the Vulnus reform both Majors, Stein and TaZe, were demoted to Captain, and the Colonel, Quinn, was demoted to Major.

Annexed by The Nation

Following The Vulnus Reform, Auel returned to create the Nation. Gorgo made an agreement with Auel, giving him her empire, but left shortly after joining due to her general opinion that The Nation is a "Unorganized, disrespectful fail of a democracy." It is often thought that if Auel did not return, Atlantia would have lasted much longer.

It's a little known fact that Gorgo actually had uniforms prepared for Atlantians. They were based off of British Ceremonial Uniforms. These uniforms were never actually released however.

Atlantian Uniforms were later recolored and used briefly by Time.

After Atlantia was annexed by The Nation and the former Empress Gorgo left, she went on to plant the seeds for Pathenia, an empire created by TaZe, an ex-Atlantia major. After the events of The Nation, she not only re-created The Inventory, but later joined Asano Clan and assisted with the revitalization. There has always been talk of Atlantia returning for a second era, but now that Gorgo has quit, that is unlikely to happen.

TaZe as the Pathenia Emperor

Some of Atlantia's notable operations/acts included (But aren't limited to):

Retrieved from "https://wiki.graalmilitary.com/w/index.php?title=Atlantia&oldid=1554"
Category:
Cookies help us deliver our services. By using our services, you agree to our use of cookies.