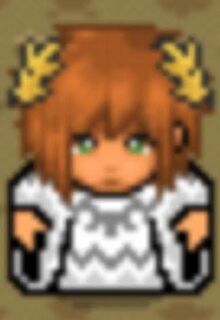 Aga Kaage, also known as Jayden Kaage or Lero Kaage, is one of the fastest ranking soldiers in State history. He is, and has always been, strictly loyal to Auel.

Jayden was walking around the bank when he spotted a group of soldiers in a vertical line formation. Jayden did not have the sparring skills or enough hours to join The State but Shaw, one of the infantry leaders, saw something in Jayden, so he recruited him to his Infantry as a Private. Shortly after, Jayden was promoted to a Sergeant First Class and assisted Shaw in training but in a short amount of time Jayden began to get better and better at sparring and leadership skills. When Jayden was about to get promoted, Auel gave out free uniforms to everyone. So Jayden got a uniform, but later he knew that the uniforms can get you banned for 2,000 hours. Eventually, Jayden went offline, and when we came back on he was banned for 2,000 hours and disappeared for a while. 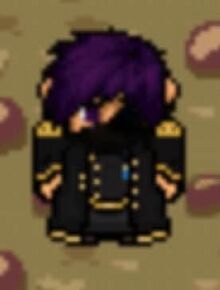 When Jayden came back, lots of stuff had happened, and the only exciting military was Imperial, led by Sherlock. Sherlock recruited him, and later remembered him, making him a Lieutenant Colonel, Head of All Imperial Affairs. There was a war going on with Arcadia at the time, and Jayden's job was to stop the war before it got out of control but that day, it all changed. The Arcadians challenged Imperial to a battle in the war room, and Sherlock was blinded by his lust to destroy Arcadia so he let it happen. Joe Kyro and Jayden rounded up the men in the war room and got prepared, they had over 20 soldiers in formation. Sherlock and 4 other men came to the war room and gave them the plan. While he was talking to them, The Arcadians rushed in the door and surprise attacked Imperial. That mad Imperial furious, and they proceeded to have a seemingly endless PK battle for 6 hours until there were just 4 people left on the battlefield. After the fighting had stopped, Imperial made an offer of a peace treaty to Arcadia, and they accepted it. Weeks pass with no notable events, until Jayden logged on one day and he was banned for 4,000 hours for "Hacking and cheating."

When Jayden got unbanned, there was a guild called Britannia, led by King Auel. Auel remembered Jayden and gave him free Captain/Knight Armor. Auel and Jayden talked for awhile about Britannia, and Auel saw a potential leader in Jayden, so he made him a Captain of a Britannian Regiment. Jayden was noted as being the most active and best trainer in Britannia. After Auel left and Britannia fell, Jayden began to develop an interest with hacking and off-mapping.

Jayden discovered how to hack and go off-map, and that proved to be useful to him. He made a company guild called "Off-Map Industry,' and he took people off-map for money. It went well and he made over 2,000 gralats off of it. It was a good run while it lasted, however Jayden was later caught and banned, for two reasons. First, for the free uniform, and second, for taking people off-map" And so, Jayden got banned once again. In his absence, Jayden began looking for a new and mysterious name. That name would come to be "Aga Kaage." 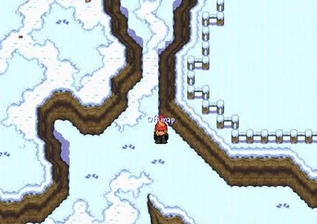 When Jayden got unbanned, a new era of State was in progress. The only person who knew that Aga was Jayden was Auel. When Aga joined, he was made a 2nd Lieutenant. In that era Aga met lots of new friends such as Monkey/Rohan, Arkantos and many more. The time during which Aga joined, The State was weak and they lost 2 Infantries to careless officers. After 2 weeks passed, Aga was made the Captain of State Infantry II. They trained all day and recruited all night, and Aga was determined to be the best Captain in State history. Later, Auel went inactive for a week, and almost all of the infantry leaders left as well as the soldiers. Aga stayed behind due to his loyalty to State, and was promoted to Colonel upon Auel's return. 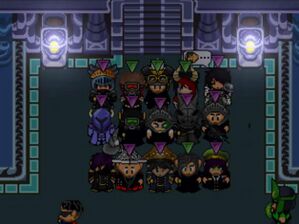 For the first time in State history, a Captain got promoted to a Colonel in just 2 weeks. Thus, Aga Kaage was known as the one of the fastest ranking soldiers in State history. Aga still considers this one of his greatest achievements.

Aga already knew about Destiny's release a month before, also knowing that to the Southeast of Destiny was a place called Avalon. Aga formed a team out of the most experienced off-mappers and brave men who don't mind getting banned for 2,000 hours to go to Avalon and establish 4 camps around the island of Avalon for upcoming plans of a new era.

During Auel's long period of activity, Aga met Roanoke - Someone's alt, once property of Auel. Roanoke had previously served as the Head of Logistics under Xinke's State and briefly under the Delawyn Administration, and Aga knew him from then. Roanoke had been developing Han Dynasty, a guild essentially for State Loyalists awaiting Auel's return. It included the Great Officers as well as countless others, Aga included. Aga created The Kaage Team, a reference to SAFF, to act as a small military force for the Dynasty. Aga, with the help of friends, created a battalion of Royal Guards, alt accounts dressed up with custom armor.

State was the same as always, that being training over and over again. Aga, however, had an idea--to bring the State soldiers on an off-map expedition near the south-west cliffs in Swamp, and the north-west cliffs in MoD. Almost all the State soldiers were off-map, and it incited a huge crowd of noobs asking The State to warp them there. So Aga, Arkantos and Simba mounted them up and brought them over. There were over 30 people off-map. They PKed the noobs as a mini off-map riot. It was all fun and games, but the noobs were furious and spammed The State with reports, and so most of The State got banned or received warnings.

Retrieved from "https://wiki.graalmilitary.com/w/index.php?title=Aga&oldid=10495"
Categories:
Cookies help us deliver our services. By using our services, you agree to our use of cookies.